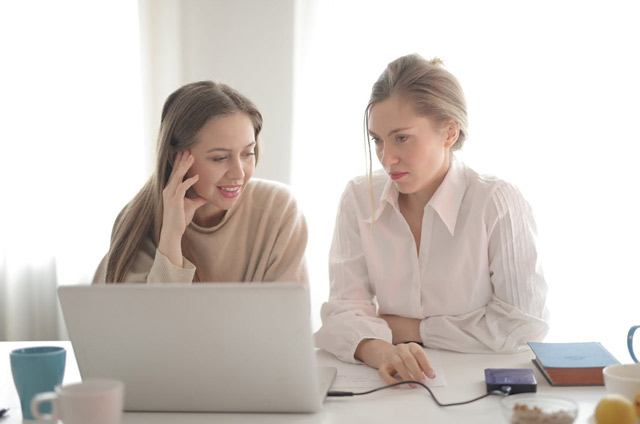 I can be a decent listener, capable of encouragement and guidance. But, sometimes, it becomes evident that my role in a conversation is not that of a problem solver, but of a sounding board. Uh-oh! That’s when my thoughts drift, and I must mentally resist the urge to retreat to my ‘happy place.’ It is not a lack of sympathy that compels me to disengage, but an unclear understanding of the other person’s expectations. What’s my role in this situation? Admittedly, I’m more comfortable rolling up my sleeves and finding a solution than offering comfort or lending an ear. I’d have made a lousy bartender.

This familiar scenario played out for me recently. A young career woman confided to me her professional woes, and I began to cringe mentally. As she spoke of office politics and dilemmas, I realized she was committing the same work-related sins I had in years past. Her penance will likely be fewer opportunities for advancement and less money than her peers. Was I supposed to offer counsel or merely listen? Perhaps I should have posed that question, but I didn’t. She didn’t solicit input, and I didn’t volunteer it.

Now I can not help but wonder if I let her down. As a more mature person, I could have offered to mentor her. I evidently don’t have all the answers, but it was clear she needed assistance and might have learned from my years in business. Although, in my defense, nothing is more eye-roll worthy than unsolicited advice. I didn’t want to be that person.

Still, I do want to pass on what I have learned through experience, research, and advice from the older career women in my life. Missteps can be avoided if a person is made aware of sins that can halt her career or trap her in the purgatory of middle management. Between, my use of the word sins is soaked in sarcasm if you hadn’t noticed. I don’t believe women are behaving immorally or poorly at work! Saying that it’s time to get on with it. These are, in my judgment, 7 of the deadliest sins of the struggling career woman:

1. Perfectionism: Can I Have Another Eraser?

Ah, my Achilles’ heel. I regularly fight the overwhelming temptation to commit this sin. You can read more about my epic struggles with perfection and anxiety. I am a master at consistently tweaking or delaying projects because they need to be precise.

I used to consider this trait a virtue. As if it were noble, and I should highlight it on my resume as one of my top skills. More often, it has worn me down and stressed me out. You can’t receive a negative review if your work is flawless, right? Exhausting.

Perfectionism is ultimately a productivity killer and results in procrastination. Sheryl Sandberg, COO of Facebook, says, “Trying to do all and expecting that it done exactly proper is a recipe for disappointment. Excellence is the enemy.” Accept your flaws and move forward in spite of them.

Let’s face it; females are taught to be nurturing and supportive from the time they can crawl. Society encourages cooperation and teamwork from little girls while flaunting and exhibitionism are discouraged. As a result, women have difficulty boasting or taking credit for achievements.

For example, the college diploma I worked so hard to attain is mounted, not so prominently, on the wall behind my office door. Why? I didn’t wish to seem a braggart.
Palm meet forehead! Maybe it’s time to display that diploma on my front door with flashing arrows pointing to it. Okay, maybe I’ll hang it above my desk where everyone can see it. Yeah, I earned that.

Not surprisingly, women often claim to have been lucky in their careers rather than duly rewarded for performance. This is the exact opposite of how men feel about their success. Recently, the American Political Science Association released the results of a study called Gender Inequality and Deliberative Participation. In it, the authors asserted, “Women, who tend not to be as self-promoting or even as boastful as men will, are often promoted for past and proven experience rather than the belief in their potential.”

That makes climbing the corporate ladder tougher for us. If you are going to successfully compete for the top jobs, be bold. Get comfy with tooting your own horn.

3. Immobility: Your Tree Roots are Showing

Nobody expects to work for an employer for decades anymore. Corporations are sold, layoffs happen, companies move. Some people manage to keep their jobs in spite of all the changes. But what are they sacrificing?

The reluctance to leave a stable position for a new one every few years could be hurting women in certain work environments. If you look up after thirty-six months on the job and there aren’t more women in middle and upper management than the day you started, it might be time to exit, stage left.

According to a LinkedIn survey of over 4,000 women who recently changed jobs, their top reasons for leaving were “concern for the lack of advancement opportunity” and “dissatisfaction with the work environment/culture.” These women were demanding opportunities and voting with their feet. Don’t be afraid to move on.

This sin drives me crazy. Are we supposed to be real or fake it till we make it? Either way, many of us frequently feel like frauds and fear we will be found out at any moment. I can just picture the blogger police barging in and seizing my laptop right now.

This prevalent anxiety has a name. Back in the late 70s, it was dubbed the Imposter Phenomenon by psychology Professor Pauline Rose Clance. The premise was that women suffered from this so-called syndrome because they could not easily accept praise or compliments and thought themselves unworthy of status and position.

It may offer some comfort to know; recent studies have shown that men often endure this same insecurity. They simply don’t talk about it as frequently. Women seem far more likely to acknowledge and discuss their feelings of self-doubt. But, just how much that openness damages women’s careers in comparison to men’s is not yet known. As a precaution, be careful who you confess your fears to at work. They could be seen as weaknesses.

5. Autonomy: I’ll Do it Myself, Thank You

What has feminism taught us over the years? I’m not talking about bra-burning. That’s a bad thing. I’m referring to self-reliance. That’s a good thing. We are every bit as competent as men, after all. But, are we sacrificing the critical skills of asking for help and delegating tasks all for the sake of independence?

While 51% of these coaches felt men and women had similar challenges with delegating, 41% felt women had a ‘bigger’ or even ‘much bigger’ struggle with appointing duties to others. Based on their experiences, the experts determined men and women had different reasons for resisting the task. A high sense of personal responsibility and a fear of failure were the top two blocking factors for women. A need for control and the feeling they could perform a task more quickly were the leading reasons men avoided delegation.

The bottom line is, poor leaders, micromanage. Great leaders reduce overload and empower others by entrusting important duties to them. Learn to let go.

Even when women are involved in high-level decision making, we don’t speak up enough. In part, because we are often outnumbered by men. Researchers at BYU and Princeton found women speak 25% less than men do when they are in a collaborative group assigned to solving a problem. Interestingly, this divide was virtually eliminated when the group was instructed to vote on a solution based on a unanimous decision rather than majority rule.

Companies could change how they come to big decisions by making it a consensus-building process and not an up or down vote. I’ll just drop in reference to ‘when pigs fly’ or ‘a snowball’s chance’ on that happening soon. Cindy Gallop, a former ad exec and brazen advocate for women in business, points out, “You can not be satisfied with just a seat at the table; you have to actively participate in the conversation.” You must be willing to speak up, even when you are in the minority.

Yeah, I know what you’re thinking. Women are not complacent! How can I suggest otherwise? While it’s true they typically start a new position with the same level of excitement and career expectations as men, women can experience a drop in aspirations by more than sixty percent in as little as two years.

According to a study, 1000 men and women conducted by Bain & Company, the professional ambition of males examined held steady after twenty-four months while it plummeted for females. Why the erosion of enthusiasm? The ladies questioned didn’t feel their bosses supported or were aware of their goals.

The solution to this problem is two-fold. First, management must make more of an effort to engage female employees and acknowledge their ambitions. Honestly, though, no woman in her right mind would expect corporate change to come quick enough. By the time your boss gets around to asking you where you see yourself in five years, your answer might be “In a retirement village in Miami.”

Second, and more importantly, you must be vocal about your short and long-term goals. Schedule a sit down with a supervisor or discuss your aspirations during an annual review. It could open new doors.

So, that’s my list of the seven deadliest sins of the struggling career woman. Obviously, corporate America has to implement major changes to level the playing field for us. However, my hope is that these tips compel you to evaluate your work situation and, perhaps, alter the behaviors that could be holding you back from an amazing professional life. What sins did I leave off the list? Please let me know in the comments box.