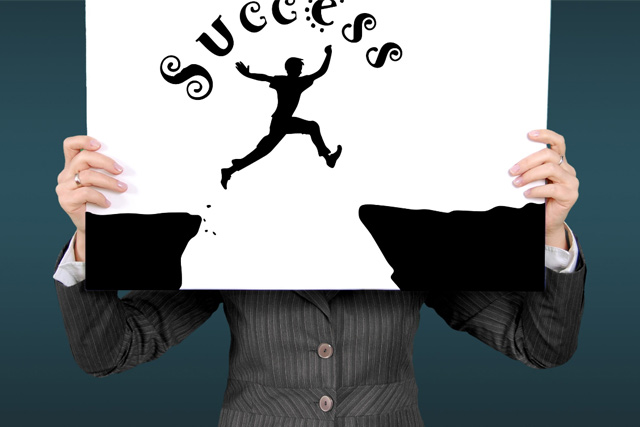 Is waiting for something I want worth it? That’s a question you ask yourself daily. If you overeat, the jeans may not fit later. Although you don’t have enough money saved, that new laptop could go on the credit card. Your family wants to go on vacation, but that money could go toward business classes to improve your resume. These are uncomfortable choices for most of us. However, you probably know people who are quite adept at using their willpower. They seem to turn off desire like a light switch. And, as a result, they are successful in nearly all facets of life. Those perfect jerks! You want this power, don’t you? Yeah, me too. Why are some people better at delaying gratification, and how does it help them become successful?

Standford professor Walter Mischel published the marshmallow experiment in 1972. His team tested hundreds of small children for self-control. A researcher sat each kid in a private room and placed a marshmallow in front of her. The child was then offered a choice. She could eat the candy after the assistant left the room for several minutes or wait until the assistant returned to give her a second marshmallow. As you can imagine, most of the children fidgeted and pondered and quickly gave in to temptation. But one-third of the kids held out for the bigger prize.

The research team conducted follow-up studies for decades. They found that the children who used willpower and waited for the second candy grew up to demonstrate more tolerance for stress, higher SAT scores, and greater social competence than those who gobbled down the first candy. In 1989, the study concluded, “To function effectively, individuals must voluntarily postpone immediate gratification and persist in goal-directed behavior for the sake of later outcomes.” Those who were capable of putting more value on the greater reward were effective at delaying gratification and benefitted academically and socially.

Truthfully, I don’t know that I would have held out for the second marshmallow as a child. But only because I hate marshmallows and wouldn’t have wanted another one. I have my weaknesses, though. Offer me a nice glass of wine or some dark chocolate, and I’ll squirm like one of the kids in the experiment. My point is, people are more complicated than any study will show.

Perhaps you’re a dedicated worker, but you are a compulsive eater. Maybe you exercise like a champ, then follow it up by blowing your monthly budget on clothes. Professor Mischel refers to these reoccurring weaknesses as “hot spots,” and he believes we all have them. If your hot spot is spending money, click here to find out how I paid off 40k in debt within two years.

It’s All In Your Head:

I won’t get all textbooks on you here, but it’s important to understand how the willpower process works. The ventral striatum is the pleasure center of the brain. It is the part of your mind that responds to the potential for immediate reward. To bypass impulses from this area, the prefrontal cortex (in charge of rational thought), must be active. As a person grows, the reasoning portion of the brain matures, and he or she learns how to deal with or avoid temptations. This is why adults are better at self-control than children and adolescents.

However, we are all born into different environments. If you were raised by people who frequently broke promises, you might have realized waiting for a fictional reward was useless. Additionally, if you grew up poor, scarcity may have prompted you to choose immediate gratification. One in hand is better than two in the bush! But that kind of thinking won’t help you reach your goals or overcome your indulgences now.

What’s She Got That I Haven’t Got?

It’s amazing to me how some people command incredible control over their desires. They save money, exercise daily, eat right, and never make impulse purchases. What’s the secret? It’s all about the way they look at temptation. People who successfully delay gratification believe they’ll be rewarded for sacrifice. Also, they’re able to put more emphasis on future pleasures than immediate ones. Well, YIPPY for them! I know what you’re asking; How does that help me?

According to Professor Mischel, both our biology and our psychology contribute to our overall self-control. It’s not all predetermined by our DNA. That means there’s hope for all of us. We can learn how to increase our willpower and train it like a muscle. However, this muscle can be fatigued. According to the American Psychological Association, people who are subjected to repeated temptation are less likely to continue resisting the temptation. They are “willpower-depleted.” None of us make good decisions when we’re tired.

Can You Spare Some Change?

There are many different strategies to boost self-control. You have probably tried several. I’ll list the more common tactics I’ve used over the years that resulted in moderate success in delaying gratification:

“Been there, done that,” you say, “What else ya got?” Those are great approaches, but you need more to get the ball rolling. I know I feel the same way. Here are some actions that you may not have tried yet:

At this point, I hope you are inspired to increase your impulse control and willpower. It’s not just a talent given to some at birth. Delaying gratification is possible if you understand and change how you think about temptations. If you begin to choose anticipation over immediate reward, you’ll strengthen this ‘muscle’ and perhaps conquer a bad habit or two.

Do you have any tips or advice to overcome chronic indulgences? If so, let me know in the comments section below.