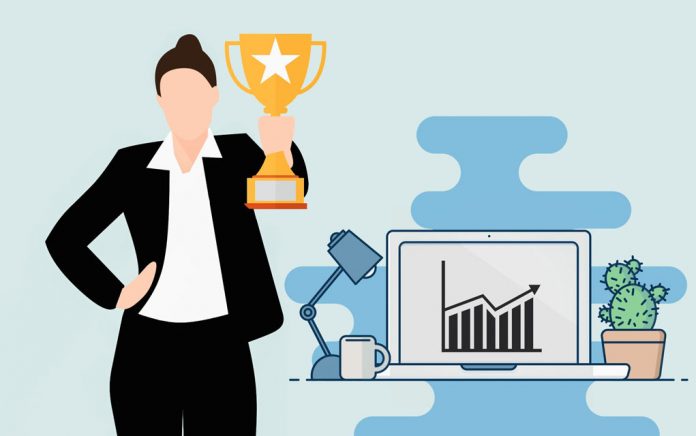 Sometimes it requires great effort to stay motivated in your career. Experiencing frustration or discouragement is a common occurrence in the lives of most professional women. The path to success is fraught with obstacles like unconscious bias, sexism, racism, and ageism. It’s no wonder we feel deflated or defeated from time to time. It’s at those moments that we need to hear powerful quotes from pioneering businesswomen like:

“I was the kind nobody thought could make it. I had a funny Boston accent. I couldn’t pronounce my R’s. I wasn’t a beauty.”

2. Madame Curie – Physicist, chemist, and the first woman to win a Nobel Prize

“I have frequently been questioned, especially by women, of how I could reconcile family life with a scientific career. Well, it has not been easy.”

“I succeeded by saying what everyone else was thinking.”

“Keep on aiming and keep on shooting for only practice will make you perfect. Finally, you’ll hit the bulls-eye of success.”

“I’m an advocate for change and eager to break a little glass when needed.”

6. Agatha Christie – Author and Guinness World Records holder as the best-selling novelist of all time

“As life goes on, it becomes tiring to keep up the character you invented for yourself, and so you relapse into individuality and become more like yourself every day.”

7. Jennifer Lopez – Actress, singer, and the first woman to have the number one film and album in the same week

“Things don’t always turn out exactly the way you want them to be, and you feel disappointed. You are not always going to be the winner. That’s when you have to stop and figure out why things happened the way they did and what you can do to change them.”

9. Indra Nooyi – CEO of PepsiCo and consistently ranked as one of the most powerful women in the world.

“I think you have to decide who your audience is. If you don’t pick your audience, you’re lost because you’re not really talking to anybody.”

“Don’t be afraid to take time to learn. It’s good to work for other people. I worked for others for twenty years. They paid for me to learn.”

“Accept praise for its worth – politeness. Be brutally frank with yourself. It’s safer.”

13. Aretha Franklin – singer, songwriter, the first woman inducted into the Rock and Roll Hall of Fame

“We all require and want respect, man or woman, black or white.”

“Every achievement, big or small, begins in your mind.”

“I think my story says that when women are given a chance and the opportunity, that we can achieve a lot. We deliver.”

“The most difficult thing is the decision to act; the rest is merely tenacity.”

17. Estee Lauder – Co-founder of Estee Lauder Companies and the only woman on Time magazine’s 1998 list of the 20 most influential business geniuses of the 20th century

“When I thought I couldn’t go on, I forced myself to keep going. My success is based on persistence, not luck.”

So, did you think those were powerful quotes? Do you feel empowered? If not, tell me what words of wisdom or iconic women inspire you and keep you moving forward in your career.