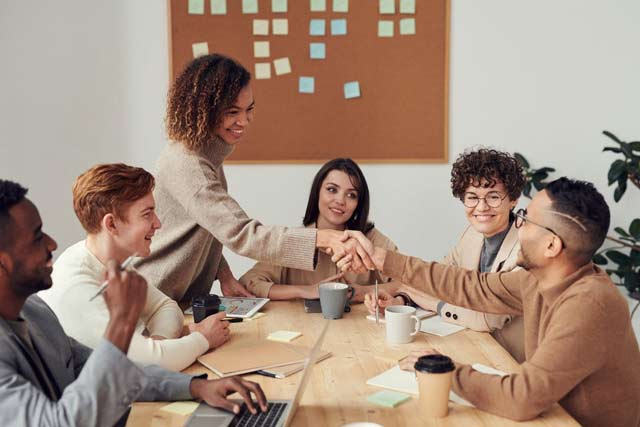 When I was little, I knew men made more money than women and almost always held higher positions. It was a fact of life. In my neighborhood, fathers were the main breadwinners, while mothers stayed home or filled the financial gaps with part-time or temporary jobs. Full-time female workers were few and far between. Even rarer was the woman who managed to land a management position. I can count on one hand the females I knew with any legitimate professional power and influence. I can’t even imagine how small those numbers were for minority women at that time.

Diversity in the Boardroom

As I grew, I noticed a distinct change in the societal norm. If you’re older than thirty-five, you probably experienced the same dramatic shift. Moms either needed to or wanted to work. And with that, ladies began to find role models. Whether Geraldine Ferraro, the first female vice-presidential candidate, is representing a major American political party or famous business icons like Oprah Winfrey and Martha Stewart, girls finally had multiple women to emulate. In turn, we began to proclaim, “if she can do it, I can do it.” Anything was possible.

It may seem obvious to you then that boosting employee morale is as easy as placing more women and minorities into influential positions. Well, you’re not alone. 2020 Women on Boards is a national campaign to enlarge females’ percentage on U.S. boards to 20% or more by the year 2020. Malli Gero, co-founder, and the president says, “research shows that gender diversity is good business and results in higher sales, greater corporate morale, and better return on investment for stakeholders.” Those are three seemingly compelling reasons for companies to hurry up and get with the program.

Is the Glass Half Full or Empty?

Sadly, diversity in the boardroom and upper management remains at what you might call a deplorable level. Globally, women hold between fifteen and eighteen percent of the available director positions, depending on which study or survey you read. This is partly because turnover on boards is low. The good news is that the digits have been growing steadily, if not quickly, over the last decade.

Recent pressures from activists and investors have prompted boards to increase their number of minorities and females. The alternative is to face backlash and criticism from the media and other powerful groups if these changes are not made. Perhaps you’ve heard of organizations like the Forte Foundation that are not only shining a much-needed light on this topic but providing resources to underrepresented professionals in an attempt to speed up the process of parity.

A Reason to Smile

Minorities and women are taking notice of the recent changes in corporate demographics. Research shows that role models have a positive effect on stigmatized and under-represented populations. Having someone to look up to in a company setting increases motivations, the number of goals set, and interest in advancement by those in lower positions. You might not be surprised by any of this, but it’s nice to have evidence for the obvious, right?

Additionally, businesses with relatively high percentages of female managers and board members tend to take on issues important to stigmatized groups. Corporate programs that spotlight and address equal pay, flexible work schedules, mentorship, and charitable contributions are increasingly popular. As a result, the future looks a little brighter for us and will probably continue to do so.

Career expectations for women have certainly changed and grown over the past thirty years. Gone are the days when we put absolute limits on our professional potential. Big business is likely to continue boosting employee morale with improved representation of marginalized groups in power positions. What you believe are we headed in the right direction? What other actions should corporate America take to ensure equality? Kindly drop a comment below.

It’s Never Too Late for a Startup!